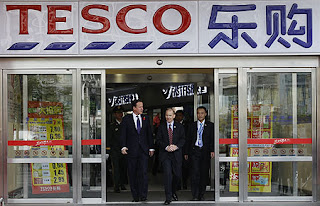 David was shocked to find such poor living standards.
He was strident in his claims that no such shoddy establishments existed in the UK, and would check with Fortnum's whether they would deliver to Asia. 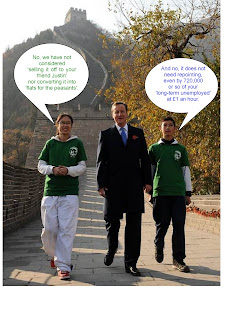 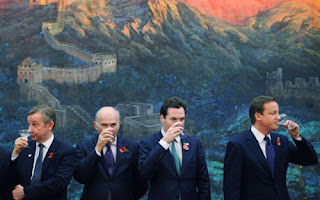 Vince had swapped his glass with Gove's, just in case 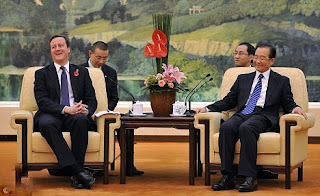 David laughed, when he realised that the translator had made a mistake.
He didn't know much about botany but did know that
there was no way that this was a "big pansy". 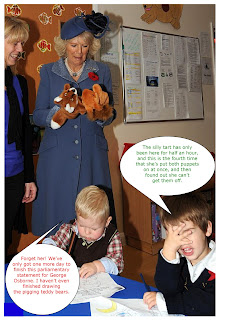 Keep the bloody noise down

I am interested to read that my friends in Geneva have created a “mini big bang”. Overlooking the preposterous notion that something can be both “mini” and “big” (pause while some smartarse constructs some justification), I would like to consider the implications of this. Perhaps they are attempting to create a smaller scale universe, in the hope that this one is just as successful as ours, and that in 13.7 billion years, give or take 5 minutes, we will have miniature versions of Michael Gove and Janet Street-Porter. I can hardly wait.
In fact, I doubt whether I will bother. Despite my healthy and active lifestyle, I have no desire to live beyond my allotted term. It has been, continues to be and looks likely to be a blast, and all in all has exceeded expectations.
Anyway, if you are in the market from some quark-gluon plasma, then hop on over to Switzerland and grab a couple of barrels full. I will not be joining you. I am in the market for some kitchen tiles, this being one of the consequences of matrimony, and can only cope with so much excitement.
The exciting news from the LHC is overshadowed in most of the media by some controversy involving a programme on the electric television called the “X Factor”. I have never seen this programme, require no information about it, know little about the participants other than knowing that it seems a waste to have a large collider used for smashing together particles when there is such a huge quantity of dull matter begging to be obliterated by collisions at speeds approaching that of light.
We are told that: "This process took place in a safe, controlled environment generating incredibly hot and dense sub-atomic fireballs with temperatures of over 10 trillion degrees, a million times hotter than the centre of the Sun.” In other words, Guy Fawkes Night for Nerds.
at 11/08/2010 05:40:00 pm 10 comments: