It is some time since I was in contact with my old pal Stephen Fry (we were in the same pub darts team, and also took a course in metalwork together at the Open University), and I was pleased to notice that he has taken up blogging. It may well be the sort of thing that gets him some serious attention at last. It may be churlish to criticise the new boy, but his first article tends to be on the long side. I know, it is difficult to get this right. One needs to develop a theme, and therefore exceed the standard length of articles on myspace (i.e. “Sup?”) or facebook (maximum 2 sentences), but not be so verbose that the reader is put off by the sight of too many words.

Anyway, the point is, I need to get my act together to impress old Steve when he comes over here – I may be tempted to leave a comment, and he might follow it, and I would hate for him to find the rather meagre fare that I have offered to you all of late. Pointers to obscure Scottish poets (is that tautology?) and so forth. Alas, I have rather lost track of what it is that you expect of me. The readership has changed, gone are Mark, Tom and Real Doc. Zoe occasionally blows in on her tour of underprivileged blogs, but I am at a loss to know what sort of treat to prepare for Stevie baby when he visits. Do any of you have any suggestions for a subject that would grab his attention and prevent his pouring scorn on my style? Just name a subject, and I will tell you what a complete tosser you are for suggesting it, and write about something totally different. This is your chance at collaboration. This web log will be on the A level syllabus in fifty years time, and you may get a mention as a supporting artist.

Reg seems to have got himself into a bit of a state about the alleged meeting between Gordon and Thatcher, and out of kindness, and after careful consideration, I decided to break another confidence and let you really know what happened that afternoon.
I was sitting in the garden at No 10, waiting for Gordon to join me in one of our occasional games of Happy Families – I usually win because most afternoons he is too stoned to tell the difference between any of the families, and I suspect that there maybe some incidence of incest in his family background.

Earlier than I had expected, he came staggering out of the back door, trying to aim a kick at the cat, wearing a Jefferson Airplane “Volunteers” tee-shirt and a lime-green sou’wester, laughing uncontrollably, pausing only to try to beat the record for peeing up the outside wall (the plaque, at an improbable thirteen feet above the ground says “B. Disraeli, first lord of the treasury, 16th October 1876).

“I thought Maggie was coming round this afternoon”, I said. “Oh, she’s inside”, he retorted, rubbing his sides in a theatrical attempt to show mirth. “She’s with a constituent of mine who I invited round to discuss her council tax arrears. Maggie thinks she is talking to Hazel Blears, and the constituent thinks she is talking to some sort of ombudsman. They’re getting along fine, because neither of them has ever listened to anyone else in their life. I’ll go back in later, slip some gin into Thatch’s Earl Grey, nod and grin a bit, and then go out and meet the press looking all serious, she probably won’t find the catshit that I slipped into her handbag ‘til she gets back home”.
“It’s a good job I’m here, isn’t it?” I inquired “You need to let your hair down sometimes, and the rest of the country thinks you are dour and serious.”

“Fuck ‘em” he riposted, doing a double somersault down the path and landing less than three inches from the goldfish pond that Ted Heath had installed. “I spent more than a decade pretending to support old slimy britches, and now I'm the boss I intend to do whatever the fuck I want.”

He then proceeded to tell me some of the schemes he had lined up to become law over the next eighteen months. I was shocked. I cannot give you any details, not because of my fear of betraying trust, but because I suspect that you would not believe me.
at 9/15/2007 12:01:00 am 12 comments:

It is with a heavy heart that I report the news that my old friends Theodore and Evadne Google have let success go to their heads, and are not in quite such a comfortable state of mental health as when I last saw them.
They have taken it into their heads to give away $30million to anyone who can land a functioning robot on the moon in the next five years. Twats. I would give them $5 if they could stop perverts looking for Barah Seeny or Ory Tamos naked coming to this site. I thought it odd that old Theo was always a tad vague when I spoke to him about this matter. I put it down to his being inundated with complaints from users of his web page, but now I see that his concentration was not on the matter in hand.
Let me make it clear to anyone tempted by this ludicrous offer (Adam, if you are still around, you know you are not allowed to play with anything sharper than play-doh) that it will cost you considerable more than 30 million to launch a space craft. The local bus (the Wheatley Express) charges more than £2 for the journey from Kingsley to Sleaford, so you can imagine the likely cost of a trip beyond the atmosphere.
The last time there was such excitement about discovery was when they were looking for the Atlantic route to the Indies. And look what trouble those silly fuckers caused.
My whole attitude to space travel, reinforced by the excessively uninformative series currently on the BBC fronted by another chap called Adam, is best summed up in the following little clip.

Hey! Everybody! I sense the visit of the Maori Harridan, the Christchurch Crusher, the Kiwi Kranium Krusher. She will be here soon, disguising her real loving nature by pretending to be critical and cruel. But we all know she is a big softy with a heart of gold.
Welcome back, Morphess. Now bugger off and start a blog of your own.
at 9/13/2007 10:36:00 am 9 comments:

I recently (and I am sure that you all noticed) replaced my picture here - I had a scanned image, but managed to locate the digital original.
Today, I thought that I would try the face recognition software at Heritage with the new, clearer image.
Last time, once I had eliminated all of those candidates who were selected merely on the basis of spectacles, then I was left with the rather obvious result that I resembled Andie McDowell. Today, to my distress, I find that I now look like John Major. Have I really deteriorated that much these few months?
I have the consolation that Umberto Eco, who often uses my ideas, is also nearly as handsome. 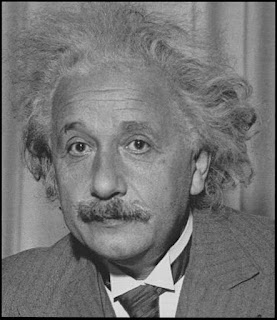 Countdown to the Royal Divorce - part 15

Richard asked, in a not altogether friendly way, whether I was venting my spleen because of a lack of an invitation. Richard, my dear, we are not at home to Mrs Jealous.

Last week the telephone almost melted with the constant invitations to attend. Astute readers will be aware that I have not appeared at one of these events for some time. And no, Richard, it is coincidental that on the last occasion I got caught sitting between David Frost and Jilly Cooper, and had to pretend to faint to get away from the pair of drivelling ninnies.

“It won’t be much of a laugh, honey” said Camilla, “but we can nip down to the Gasfitter’s Armpit for a pint afterwards to take the piss out of the silly hats”. I told her that she was being a bit previous, and resisted the temptation to telephone her during the event just so that I could hear the sound of “Neighbours” dying as she hurriedly switched to BBC 1. It is nothing to do with protocol that causes her exclusion from state occasions but rather her ability to give Sophie Wessex the giggles at inappropriate moments. Sophie manages to contain herself, but alas not at both ends, which results in a histrionic effect of the SBD variety engulfing the nearest two hundred people.

“Do come” said Charles, “you are so good at making people feel at ease. I still haven’t got the hang of all of this, you know, I never know what to do with my hands.” “Neither does your bloody sister” I retorted, “and she doesn’t know her own strength. I am not afraid to give her a swift kick to the shins, so she steers clear of me, but poor old Johnny Mills had to walk with a stick for the last 15 years of his life, because she grabbed a protuberance that she swore she thought was a handkerchief”.

I stayed quietly at home, well, I say quietly, but I was interrupted three times by Zara, the silly moo, calling to ask why no-one was answering their mobiles.*

I was becoming rather gloomy because it looked as though Phil was going to behave himself for once, and I was expecting to have to transfer some funds to my William Hill account as a result, but the old bugger came through in the end. Fortunately, the microphones weren’t working when he engaged one of the choirboys in conversation, and was telling him which of the family would pay him “a fanny load more money than you get for singing” for dressing up in a surplice.

*Liz bought herself a cell phone a couple of years ago. You can guess what tune she downloaded as the ring tone. "It's such a scream, sweety", she confided, "everytime it rings, every fucker in the room has to jump up, stand still and start singing."