My very clever friends at Science Daily (much too frequent in my view) report that they have found bones under a floor in Bulgaria that may belong to John the Baptist.

They do not mention who or what he was baptising under a floor in Bulgaria, but that is not the only flaw (geddit?) in their preposterous argument. They say that the bones are from the period in which he would have lived.  According to calculations there were about a hundred and fifty million living at that time, so quite how they have narrowed down the odds to it being Johnny the water fetishist we are left to speculate.

This is the problem that I found myself faced with. I am firmly on the side of the fence of those who are fairly convinced that evolution is a proven fact. I don’t really care too much about it, but have no problem in accepting evidence as evidence. On this side of the fence live most of the scientific community. There are large proportions of the scientific community who decry the views of those who believe that God created the earth about 6000 years ago. They view these people as silly or deluded. They are entitled to that view, but hardly enhance their reputation or credentials by conjecturing as to the identity of some poor bastard having a quiet kip near the Black Sea, and saying that there is a chance that these may be the remains of someone, let alone someone whose existence is in question.

In short, which side of this pointless argument contains the larger proportion of silly buggers?

Now, if these people were really smart they would do a DNA comparison to determine the identity of JtB. I can help them here. I have in my loft the incisors of his brother Eric, and somewhere in the vicinity a tupperware container holding the pickled spleen of his dear old gran.
at 6/19/2012 03:06:00 pm 8 comments:

This evening I was in receipt of an invitation to attend a “catering meeting” from a group of people who appear to be governors of a primary or infant school. I, of course, felt obliged to decline – one can only give so much – but am now feeling a little sad.

In mitigation, regular readers (a Mrs Trellis of North Wembley) will be aware that I scarcely have time to eat, what with constant demands for my participation in one project or another. This summer has, of course, had more than the usual degree of lunacy associated with the correspondence. I think that Camilla has been on the telephone five nights out of every six since October, each call with a more preposterous idea. Somersaulting down the aisle at the service (6th November), doing a duet with Grace Jones (January 17th), spiking Philip’s Wincarnis with drain cleaner (January 23rd) (she obviously found some other poor sod to do that). It culminated with her (May 5th) trying to enlist me, Gary Lineker, Shakin’ Stevens and Oliver Letwin to dress up as Somalian pirates and attempt to capsize the barge. She is quite good fun most of the time, but when you’ve missed four episodes of Emmerdale in a week, while she guffaws down the electric telephone sounding much like a pregnant rhino with laryngitis, it does become a bit tiresome.

Then it was some unctuous cove from the Football Association, name of Bernstein or some such (and I only entertained his calls because I assumed he was one of Leonard’s family and wanted me to conduct Candide again). Could I travel with the team to Eastern Europe and give some of my inspiring talks, he wanted to know. “I could, old egg, of course I could. But I won’t” (He didn’t like this). “Tell you what,” I conceded, “You teach them the alphabet, and I will teach them tactics”. I haven’t heard since.

The biggest sodding nuisance of all, and this, I fear, is why I have been sometimes curt in my correspondence with others, has been that irritating little tit Coe and his floppy haired pillock of a mate, Bozza. Will I give out the prizes, will I sing the anthem, and will I act as host to various world leaders and other VIPs. Will I buggery, I told him. That is the edited version. What I suggested he do to Boris, and with what equipment, would result in an event that would make the Olympics worth watching. I doubt, however, whether it will come to pass.

So, members of the school catering committee, I apologise for my brevity, but hope you will be able to sympathise with my plight. I am hoping that the kind people who are my closest associates on this heavenly little corner of the electric internet will leave some comments here that will inspire you to excel in the field of juvenile catering. So, come on, gang. What suggestions do you have for satisfying the discerning palates of the youngest generation?

Just in case that, like me, you missed all this shit 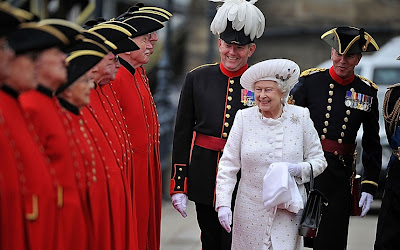 As an early morning treat, Liz was cheered up by looking at some really old dudes. 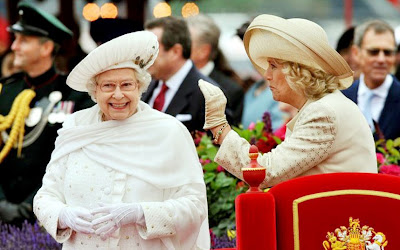 The first really feeble assassination attempt of the day. 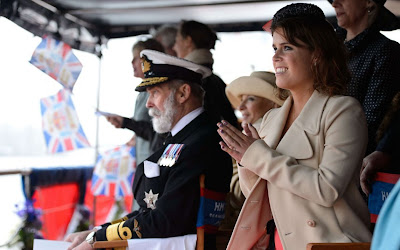 Mick wonders how many more fucking boats he has got to look at, and whether anyone would notice if he slapped the really annoying tart clapping in his ear. 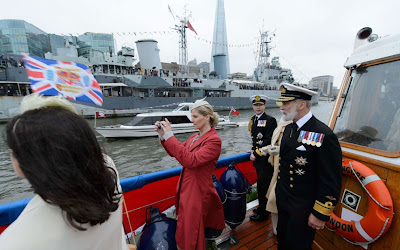 Sophie gets very excited, as she spots the Queen. Shortly after this photograph was taken, Mick had to be dragged off of her throat, as she asked for the third time who was in the boat. 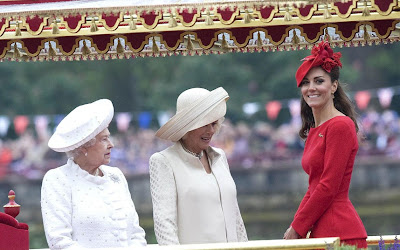 Liz did not feel inclined to embrace Cammie's imprecation to "look at the tits on that". 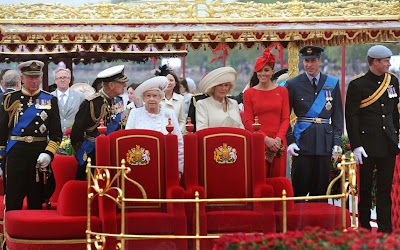 Charles is visibly tense as he prepares for the musical chairs final. 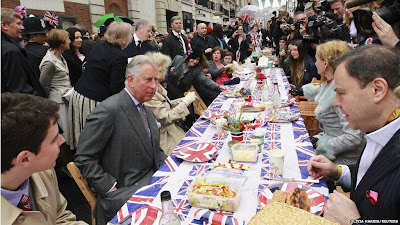 Charles wasn't entirely sure what it was, but was still fairly sure that there wasn't any "dozy tart" on the table. 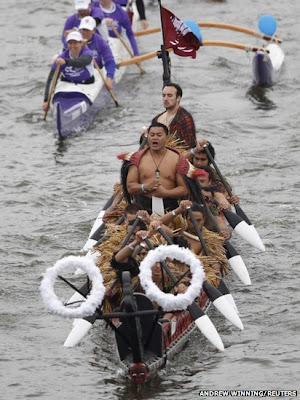 As had been feared, Fergie gatecrashed yet another event.